Skip to content
The Marvel comics has recently revealed that Tony Stark will step down from the Ironman’s mantle for another character to take over. An African American girl named Riri Williams has been reported to play the upcoming Iron man. This fifteen year old is a scientific genius who invents the the iron man suit in her dorm room of the prestigious Massachusetts Institute of Technology (MIT) which she has enrolled while she was just a teenager! This girl catches Tony’s attention when he hears that one of the MIT student has re-engineered one of his old armoured suits.
The Marvel writer Brian Michael Bendis stated that this character is an inspiration from the Tv show he was working on in Chicago which didn’t end up airing. “The story of this brilliant young girl whose life
was marred by a tragedy that could have easily ended her life was incredibly inspiring”, He said.
It is however hard to predict the turn over the story is going to take and it’s repercussions on the hallowed fan following of the Invincible Ironman. Brian has however reassured the hordes who are worried about the Tony’s fate at the civil war II, that this might not be the case. 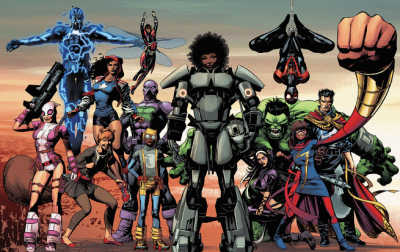 Here You Will Learn in a better way.

I created The Millennial Hustle in hopes to encourage, inspire, and motivate others to live their lives to the fullest.

I Solemnly Swear I Am Up To No Good